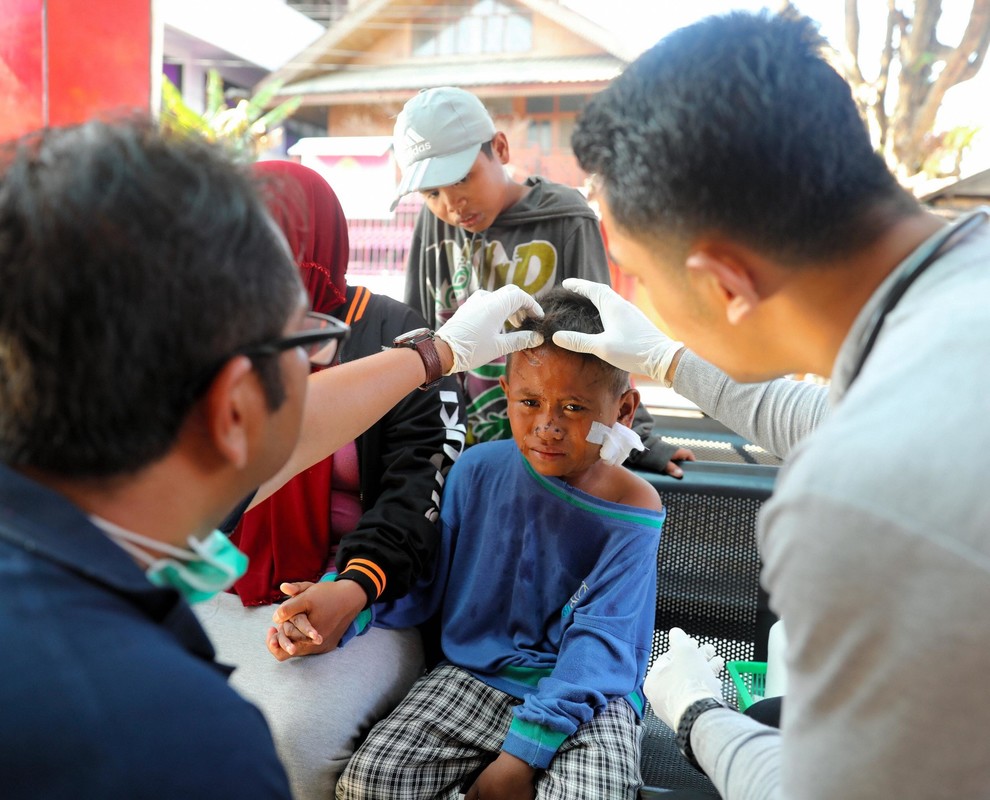 Full hero image package to cover advertising, print and digital. DEC member charity partners and influencers can use on their DIGITAL channels with DEC branding.

Any Getty image in this collection can be used by members on digital channels with DEC branding for one month.

A 7-year-old injured boy, whose mother and young sister remain missing, receives treatment after strong earthquake on October 1, 2018 in Palu, Indonesia. Over 844 people have been confirmed dead after a tsunami triggered by a magnitude 7.5 earthquake slammed into Indonesia's coastline on the island of Sulawesi, causing thousands of homes to collapse, along with hospitals, hotels and shopping centers. Emergency services fear that the death toll could rise into the thousands as rescue teams made contact with the nearby cities of Donggala and Mamuju and strong aftershocks continue to rock the city. (Photo by The Asahi Shimbun/The Asahi Shimbun via Getty Images)